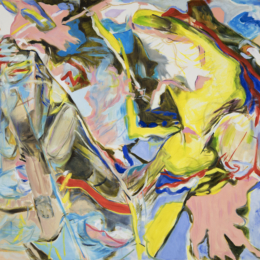 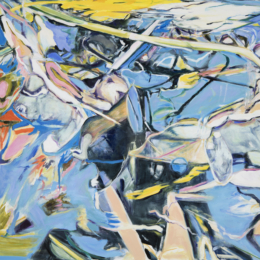 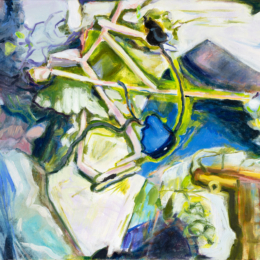 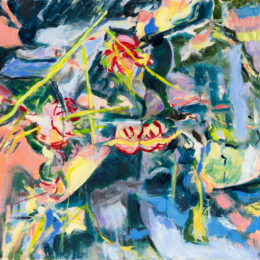 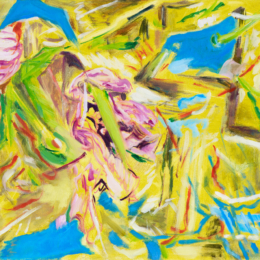 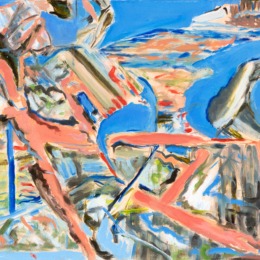 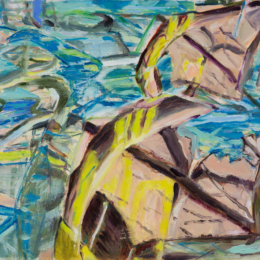 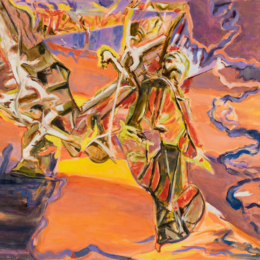 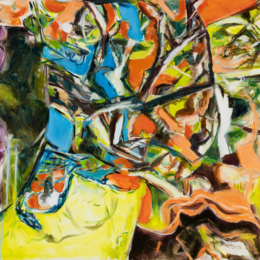 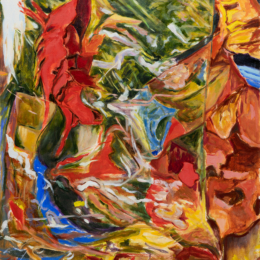 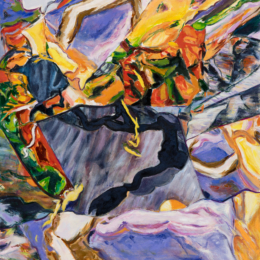 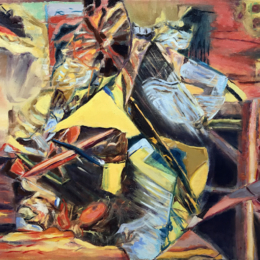 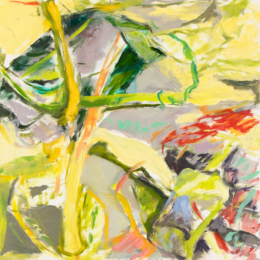 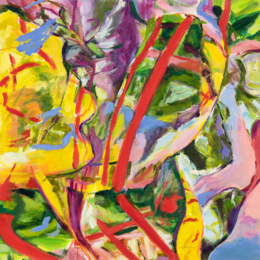 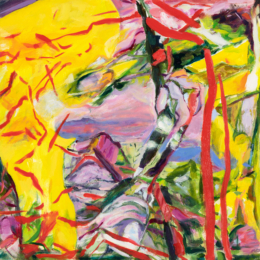 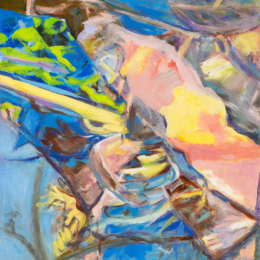 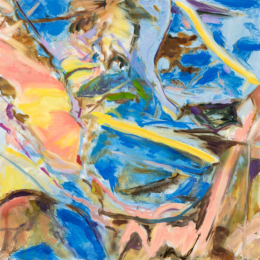 Because she’s interested in metamorphosis, and the tipping point at which something recognizable nearly becomes something else, abstraction is Jil’s exploratory method for pushing shape and line in her work. “I am trying to get at an idea that the poet Coleridge expressed when writing about the difference between imagination and what he called a ‘fancy.’ “Imagination is a real power we can exercise to try and make sense of our experience and what we value.” A hallmark of Jil’s abstract paintings is her use of bright, eye-catching colors.  Jil often begins new works with sketches she’s done or photographs she’s taken, abstracting their imagery into sophisticated, highly intelligent compositions of sensation, line, color, and form.

Jil has exhibited her paintings locally throughout Minnesota, nationally and internationally in cities such as Chicago, New York, Memphis, Washington D.C., Miami Beach, Paris, and Rome. Her work is in many private and public collections, and in several museums including the Minneapolis Institute of Art and the Walker Art Center. Evans has received several grants such as a Jerome Foundation Grant, an Arts Midwest/ National Endowment for the Arts award, two Minnesota State Arts Board grants, and a Pew Grant to study and paint in Italy. Evans has also participated in residencies at the American Academy in Rome and at the Atlantic Center for the Arts. She is one of four Minnesota painters featured in Kristin Lowe’s documentary film Painting the Place Between. Jil has been with the Kolman & Reeb Gallery since 2013.